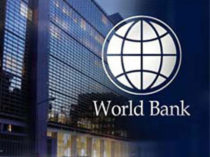 The Competitiveness Enhancement Project (CEP or “the Project”) supported the Government of Moldova’s efforts to promote economic growth and job creation. The Project, which was approved by the World Bank Board of Directors on October 2005, became operational on February 2006, with an expected completion date set for June 2013, and a budget of US$ 14.3 million. In 2009 an additional US$ 24 million was made available bringing the total to US$ 38.3 million.
The World Bank Unit assigned the evaluation of the project to a grouping led by Economisti Associati (lead firm) and including ASVAPP and Agrex NGO (Agrex).
The general objective of the Assignment is to “evaluate the impact of the project on participating enterprises”, with three specific objectives:
· to determine the impact of the MGF on beneficiaries
· to determine the impact of the LOC on the borrowers
· to draw conclusions and formulate recommendations for future activities.
To achieve the above objectives, this exercise will require a the assessment of achievements against a “without-project counterfactual”, comparing results of participating and non participating firms. The counterfactual analysis will be complemented by the assessment of qualitative factors, concerning the beneficiaries’ perceptions of the quality of services received, the appropriateness of program management arrangements, the existence of a potential demand for additional services/financial products, etc.